Welcome to Day 2 of the April A to Z Challenge. I’m blogging about book characters from books I’ve read, then doing some audience participation.

Letter B is for Beynn Firehand who stars in Eyes Of The Enemy by Kelly Hess a YA fantasy series. 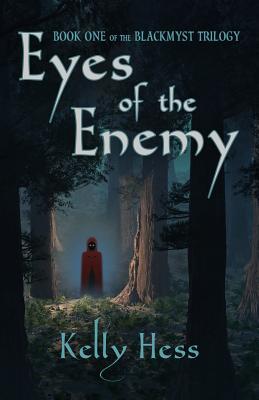 Eyes Of the Enemy is the first book in the Blackmyst series of books. A Fantasy series suitable for middle grade children or early teenagers. This is a world with humans who live in Delvengard and the Sorak, a race with magical abilities who live underground. In a village in the Blackmyst forest, twelve year old Beynn Firehand lives with his father.

The villagers have just had the summer solstice celebrations when it is attacked by a band of Sorak rebels who seek Beynn. He escapes to his uncles’, but discovers he has powers of his own, confused and frightened, he discovers that his life…