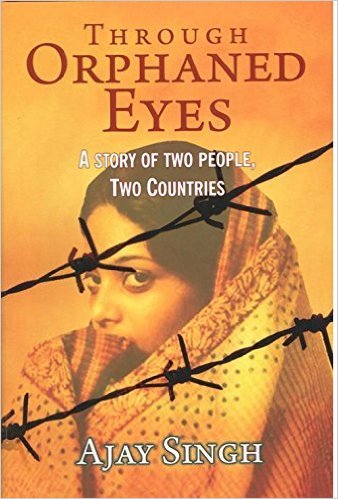 Book Review Of: Through Orphaned Eyes: A story of two people, two nations

Through Orphaned Eyes: A story of two people, two nations, written by Indian author Ajay Singh, is an amazing story of two countries or rather two brothers who were ‘almost’ born one after the other; one was born on the 14th of August 1947 while the other ‘seems’ to think that he was born on the 15th of August 1947…which we respectively celebrate as the Independence Day of two countries…Pakistan and India. Ajay Singh through his remarkable style has managed something that no author has managed to really do, that is, to tell the parallel stories of how both India and Pakistan, newly independent countries have developed in the past 69 years of independence through the eyes of two brothers, one who grows up in India and the…