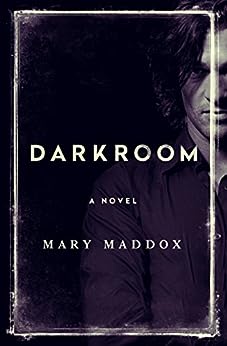 Talented but unstable photographer Day Randall has been living rent-free in Kelly Durrell’s Colorado condo for eight months. Day needs someone to keep an eye on her. Kelly needs someone to draw her out of her stable but not spectacular life. The arrangement works for both of them.

Then Kelly comes home one day to find Day gone. There’s no note, no phone call. Day’s car is still parked out front, but her room is starkly, suspiciously spotless.

No one seems to care. The police certainly aren’t interested in a missing bipolar artist, but Kelly knows something is wrong. Day wouldn’t just leave.

Alone, Kelly traces Day’s last steps through shadowy back rooms of Boulder nightclubs and to a remote mountain estate, where the wealthy protect themselves behind electric fences and armed guards. Along the way, she uncovers a sinister underworld lying just below the mountain snow, and a group of powerful people who will do anything to protect the secrets hidden in Day’s enigmatic photographs.

If she trusts the wrong person, Kelly herself will be the next to disappear.

Mary Maddox’  Darkroom is a murder mystery set in the mountains of Boulder, Colorado in  winter. This is the first book I’ve read by this author and I enjoyed it, not only for the story but also for the style of writing; fast paced, clear and detailed; taking the reader along through plot’s many and intricate twists and turns. Some  sections of the action were a little easy to predict but this didn’t take anything away from the novel–in fact it gave me a great deal of satisfaction when I guessed correctly; A “I knew it!” moment.  Predict

There are a lot of characters in the story, so much so that, in the early parts, I had to keep flicking back to see who was who and where they fitted in. But once absorbed in the book everyone fell into place. I particularly like how the characters, even the minor ones, are so well drawn, so rounded. There are a few exceptions who are portrayed as completely unlikable, flat characters who don’t change throughout. But mostly, as in real life, the characters all have good and bad sides to them. All cross the boundaries with their actions at one point or another.

The descriptions of the settings, from the interior of Cascade, the club where much of the action takes place, to the portrayal of the harsh, snow-drifted mountains, fields and streams are exceptionally good. And I need to add here that the descriptive narrative of the action in the story is equally good and easy to envisage.

The story is told from the third person points of view of the protagonist, Kelly, and Animal (otherwise known as Beau), a bouncer from the club. The voices are distinctive and the dialogue throughout is well written.

Darkroom is a novel I would read again and probably get more out of the second time around; because I suspect there are nuances to the plot that I probably missed. I was so keen find out what happened next I read it quicker than I normally do.

I would recommend Mary Maddox as an author to discover. I recommend Darkroom for anyone who likes a thrilling murder mystery