Sometimes help comes from the most unlikely places …

Living in a small village like Hibberton, it’s expected that your neighbours help you in a time of need. But when Andrea Kelly’s house burns down, taking all her earthly possessions with it, it’s the distant and aloof Doctor David Adams – the person she would least expect – who opens his door not just to her, but to her three kids and slightly dotty elderly mother as well.

Andrea needs all the help she can get, dealing with aftermath of the fire and in the suspicious absence of her husband, Jonathan. But, as she gets to know David and his troubled son, Jake, she begins to realise that maybe they need her help as much as she needs theirs …

Previously released by the author.  Revised, edited and republished by Choc Lit in June 2016. 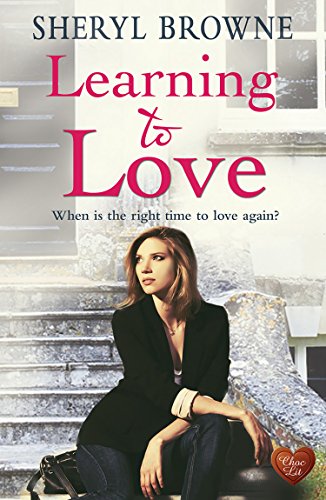 I don’t know how you feel, David, do I? I don’t know you, other than what you’ve told me.’

David looked at her levelly. ‘The truth.’

‘The truth?’ Andrea was really incredulous now. ‘Apart from the one or two inconsequential little things you forgot to tell me? Or was it more than that, David? Three? Four? A hundred?’

And that made it all right? She forced back the tears she desperately didn’t want to cry in front of him, again. ‘And I thought Jonathan was being devious. You take the biscuit, David, you really do.’ Shaking her head, Andrea moved to walk past him.

‘I’m nothing like Jonathan, Andrea,’ David said quietly. ‘I care about you.’

Andrea turned back. ‘And Jonathan doesn’t?’ She knew in her heart that her relationship had been floundering long before the fire that had blown her world apart, before David … She didn’t believe Jonathan’s tale about why he hadn’t been able to contact her any more than his claim to have found Dougal in the park. He’d been piling lie on top of lie since that dreadful night, and she would tackle him. Right now, though, she was more interested in what lies this man might concoct to extract himself from his mess.

‘Did he tell you the assessors had been?’

‘I haven’t had a chance to speak to him yet.’ Andrea walked on.

‘He’s hiding something, Andrea,’ David called after her. ‘I’m not sure what, but the fire, his preoccupation with Dee’s mental state, his story … It just doesn’t add up.’

Disbelieving, Andrea whirled around. ‘You’ll stop at nothing, will you? You paint yourself as a poor wounded hero, torn apart by grief and guilt and the havoc you created, and then you have the nerve to point out other people’s failings? Why?’

‘Andrea, I … I don’t know.’ David shrugged hopelessly. ‘I just want you to be careful, that’s—’

‘I mean, I’m no great catch, am I?’ Andrea went on, her fury growing. ‘Was what just happened between us another one of your mistakes, is that it?’

‘No!’ David fixed angry eyes on hers. ‘Dammit, Andrea I do care about you. I—’

‘They’re getting ready for bed, Andrea. There’s no point in upsetting them tonight.’

‘Me upsetting them?’ Andrea was flabbergasted.

‘Jake …’ David swallowed. ‘Give me a chance to speak to him, Andrea. Please, I’m begging you.’

Andrea felt her heart break inside her afresh, for Jake, for David, too, who was going to have to live with the devastating consequences of his actions; for Sally, who would surely need her friendship now, but which this man had made impossible. For herself.

Andrea studied his face, saw the desperation in his eyes; eyes where so many conflicting emotions played out. How little did she really know him? She could have loved him. Did, still. Yet hated him.

‘For Jake’s sake,’ she said, dropping her gaze to his hand still on her arm.

Relief flooding his face, David released his hold. ‘Thank you,’ he said, closing his eyes.

Recommended to the publisher by the WH Smith Travel fiction buyer, Sheryl’s contemporary fiction comes to you from award winning Choc Lit.

I really enjoyed reading Learning to Love. Sheryl Browne’s style of writing is entertaining, lively and brings her characters and their stories to life.

The characters are rounded and grow as the relationships between them develop. I admire the way the author allows the reader to look in on Andrea, the protagonist, and her family; her fiancé, Jonathan, who is drifting away from her, Dee, her mother, treading the heart-breaking edges of dementia, teenagers Ryan and Sophie, with all that only teenagers can add to parenthood, and Chloe, bringing a true depiction of a toddler.  And then there’s neighbour Doctor David Adams, recently widowed and his troubled young son, Jake….

Each character is brought into and has a part in this a story of human life; a meld of everyday trivia, tragedies, love and humour. All are woven into a plot that doesn’t always go the way a reader would expect. It’s entertaining.

Told from a third person point of view we gain insight to both Andrea’s and David’s perspective; sometimes understandable, sometimes funny, sometimes sad, sometimes frustrating in their lack of seeing what’s right under their noses. And we learn of Andrea’s friend, Sally’s view on her own life

And, the one thing that is something I always look for when reviewing a book; the dialogue differentiates each of them. It’s so important to be able to understand which individual is speaking, even when there are no dialogue tags.  Sheryl Browne is an expert at this.

Although there is not a lot of what I call scene setting by description, there is quite enough to give a sense of place to the story. And there is certainly enough background detail to imagine the world these characters move in.

The denouement is perfect for the story; altogether it’s a brilliant read and I thoroughly enjoyed it. As I said at the beginning of this review, I love Sheryl Browne’s work. I’ve read one or two of her other books and look forward to reading more.  I would thoroughly recommend Learning to Love

1 PRINT COPY OF THE BOOK (UK ONLY)

1 ECOPY OF THE BOOK (INTERNATIONALLY)