Another gem from Alan Roberts, student of one of my creative writing classes. His last post was  here: http://bit.ly/29u7vui.  And then there was:  http://bit.ly/20Gvbh6 where he battles with the self service supermarket check-out

Here Alan finds himself in yet another quandary. But somehow he has returned to being a young lad. Well, with Alan, anything can happen… as we well know! 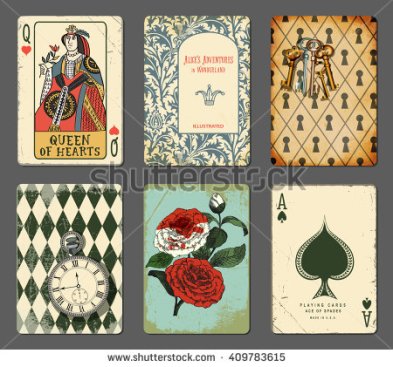 Cleaning his large bedroom frustrated Alan and he lacked concentration, making the task long and boring.  His mind wandered until noticing the dust-laden air being sucked towards the bottom of the wall alongside the old wardrobe.  Perplexed he investigated, holding his hand near the wall feeling the air going in, slightly yet in.  He held his breath before deciding to gingerly peel away the wallpaper until a huge wrought iron door stood before him.  Where it might lead he couldn’t comprehend.

He lifted the handle, pushed the door, which opened slowly, its creaking hinges adding to Alan’s apprehension.  Although the inside was dark, he stepped timidly into the black void without considering where or what he had entered or whether he might get out again.  Powerful lights blazed into life but Alan had no time to think about stopping himself for he felt himself falling and whatever he had fallen into was either very deep or he was falling very slowly, for he had time to look about and wonder what might happen next.  He tried to look down but it was too dark to see what was below so he looked at the sides of the hole and noticed there were maps of European countries – in fact he counted twenty-seven maps and alongside each was a photograph.  Recognising the faces of Hollande and Merkel, Alan assumed every photo was of the Country’s political leader.  All poked their tongues out as he passed.

He thought the fall would never end.  Suddenly, thump! thump! he landed upon a pile of papers.  His fall was over and amazingly he was unhurt.  As he steadied himself he saw the papers were hundreds of thousands of the recent referendum ballot papers, each marked with an X alongside the ‘Leave the European Union’ statement.  Alan looked up from where he had fallen but all was in darkness overhead.  In front of him was a long passage and from there he saw a White Rabbit hurrying toward him.  Alan couldn’t believe his eyes; the Rabbit’s white fur was unkempt and had the face of Boris Johnston.

“Welcome, Alan,” the White Rabbit joyously proclaimed, “you’re our first visitor since the victory.”  He grabbed Alan’s hand and continued to shake it until Alan’s arm ached.

“Why my lad, you’re in Brexitania.  It’s the Country’s new name – Britain sounds too much like Brittany and we can’t have any confusion with them lot over the Channel.  Do you like the new name?”

“Sorry old boy, can’t change it now – registered it with the Copyright Office straight away.  Anyway, tell me what brings you here?”

“I found a secret door in my bedroom then fell into a hole that seemed to go on forever and landed here: I’ve no idea what’s happening.  It’s all a bit weird and a little exciting, if I’m honest.”

“Ah, that’s what we like to hear – yes – a bit weird and a little exciting – good combination of words – might put them in our manifesto when we get round to it,” Rabbit exclaimed.

White Rabbit struggled to pull a large pocket watch from a small pocket, looked at its face on which Alan noticed it had neither hands nor numbers and exclaimed,

“Oh my ears and whiskers, how late it’s getting! I have to be off to trigger article 50. We always knew Jean-Claude Junker would prove troublesome.  Anyway, follow me and meet the rest of the gang. This way, follow the path: hurry, there’s a good chap.”

Alan followed close behind but when he turned a corner marked, ‘Brexit Triumph’, the White Rabbit had disappeared.  He now found himself in a long, low hall that was lit by a row of lamps hanging from the roof.  There were doors round the hall, but all were locked; and when Alan had been all the way down one side and up the other, trying every one of the twenty-seven doors he walked sadly down the middle, wondering how he was ever to get out. Suddenly he came upon a little three-legged party table on which was placed a tiny golden key and Alan hoped it might unlock one of the doors; but as he tried each one their locks proved either too large or the key too small and none of them could be opened.  He tried a second time, hoping he might have missed one door on his initial round and he came to a low curtain that he hadn’t previously noticed.  Pulling the curtain aside he found a small door on which a sign declared, ‘BREXITANIA – ‘IN AND OUT’.  He tried the key and to his good fortune it fitted!

Opening the door, Alan found himself completely in the dark.  Adjusting his eyes, he saw two paths marked, ‘OUT’ and ‘IN’ but no instruction as to which of the two pathways should be taken or why.  He opted for the ‘IN’ path and walked its length, finally emerging into the light, into a place Alan recognised as Parliament Green.  He walked forward, becoming aware of a figure standing nearby, whose back was turned to him.  The figure wore a natty suit with a large stove-pipe hat perched precariously on its head.  As the figure turned he noticed a handwritten note pinned to the brim on which was printed in bold purple ink the words, ‘VOTE UKIP’.  Bizarrely, from beneath the rim the grinning face of Nigel Farage peered out; in his right hand he clutched a full pint of what Alan assumed to be froth-topped ale, which he instantly drank.  The Mad Hatter approached with his right hand extended.  Expecting to shake hands, Alan extended his but the Mad Hatter placed his thumb on his nose and wiggled his fingers, mockingly.

“That had you,” the Mad Hatter gleefully spluttered before continuing, “hope you haven’t come for your share of the three hundred and fifty million quid we said we’d share out.” Bit of a porky but it helped get us OUT.  So, welcome to Brexitania – White Rabbit says you just dropped in. If you need a drink I’ll get Mock Chancellor Osborne over there to get you a glass of his ‘grumpy’.  Sorry, couldn’t resist that; cloudy lemonade’s your tipple, I believe?”

Carrying his lemonade, Alan wandered into the crowd gathered on the far side of the Green. A resplendent footman told him that a Cheshire Cat was due to make a speech.  Alan decided to wait and a few moments later the Cheshire Cat with Michael Gove’s grinning face jumped onto the dais and began addressing those assembled.

“Welcome everybody – I’ve some announcements to make following our landslide victory.  First, Mr Justice Gums will be Lord Chancellor – boom! boom!; secondly we are banning the letters I and N appearing together and following Royal Assent words like ‘spin’ will become ‘spOUT’ and Cheshire Cat’s grin will become a ‘grOUT’; pubs called Inn’s will become OUT’s; legal terms will also change with Inns of Court becoming OUTS of Court and even Her Majesty’s family name will change from Windsor to WOUTdsor, difficult to pronounce but we’re certain you’ll get used to it.  Any questions?”

“And what’s your question, young man?”

“I can’t remain in such madness and I don’t want to be among all you mad people”.

Cheshire Cat Gove grinned from ear to ear.  “Oh no, you can’t REMAIN because we’re now OUT but also IN, if you get my drift. And anyway, we’re all mad here.  I’m mad, they’re mad and you’re mad.”

“You must be mad,” grinned the Cheshire Cat, “or you wouldn’t have come here.” He paused for a moment, then continued, “No further questions? Then everybody OUT, quick as you can, there’s good fellows.”

Alan watched as Cheshire Cat jumped from the stage leaving behind his still wide grin.  From the Green he kept running until coming to a sign saying, ‘THIS WAY TO SEE ELIZABETH, QUEEN OF HEARTS’.  Alan took the path indicated and found himself standing outside a building resembling Buckingham Palace where a further sign proclaimed: ‘THE BREXITANIA GOVERNMENT GIVES NOTICE THAT BUCKINGHAM PALACE WILL BECOME BUCKOUTGHAM PALACE AND HRH THE DUKE OF EDINBURGH WILL BECOME THE DUKE OF EDOUTBURGH’.  Seeing another of the footmen, Alan asked if he might speak with the Queen.  With his request granted, Alan was ushered inside and approached the Royal couple seated on their thrones.  Alan thought they both looked decidedly sad although the Duke was making a valiant attempt to wave his EU flag, much to the annoyance of the courtiers.  The Queen wore a dress on which red hearts were sewn over its entire surface whilst the Duke had on his ceremonial uniform with plastic medals across the jacket, brown suede shoes and from his red tricorne hat a plume of feathers drooped over his face.  Alan forced himself not to laugh.  Advised to kneel before the Queen, announce his name loudly and tell Her Majesty why he needed the audience, Alan nervously approached the Queen’s throne, kneeled, cleared his throat and in a loud voice said:

“Your Majesty, my name is Alan and I ask if you can please arrange for me to return home as soon as possible.”

The Duke looked down and simply muttered,

“Oh Gawd, not another bloody simpleton”.

The Queen, unfased by the Duke’s rude aside, looked over her bifocals,

“And where would one’s home be?”

Alan, stuck for a meaningful response, thought if he gave his address at 23 Alder Gardens the Queen would have no idea where that was or how he could get there, so answered,

“Back up the long hole, your Majesty.”

The ensuing momentary silence was broken when the Duke shouted,

“Back up whose long hole, you cheeky little bugger?”

“Off with his head,” the Queen commanded.  Attendants grabbed Alan and hauled him into a side-room where he was padlocked inside a small wooden cage.  Panicking, he closed his eyes to stop himself crying. He was, he thought, far too young to die.

Suddenly, loud knocking accompanied by his mother’s voice startled Alan back to the reality of his bedroom,

“Alan, Benny’s here and wants to know if you’re coming out?”

Staring at the ripped wallpaper, he wailed, “Mum, tell him I’m staying in,” and pulled the duvet over his head and thanked God he was safely back home.

9 thoughts on “Brexitania (or Alan in Wonderland) by Alan A Roberts.   ”