Introducing the authors who will be at the Tenby Book Fair, http://bit.ly/27XORTh, the first event of the Tenby Arts Festival http://bit.ly/24eOVtl .  I’m looking forward to having many more such chats over the next couple of weeks.

There may also be a short chat with John and Fiona of http://showboat.tv/ who, as usual, will be filming the event.

David has given such short answers to his questions I thought it only fair to add a little more about him. He’s a full-time writer who believes strongly that with imagination we can change the world. He is a novelist and winner of a HarperCollins contest to find a new children’s writer with his young adults novel Hybrids (“stunningly clever” The Times). He is founder of the Cli-Fi Authors Facebook group with his novel set in Wales, Stormteller. He has also written and commissioned many comics and graphic novels for publishers, including Marvel Comics and, as a co-founder of the London Screenwriters Workshop, writes and teaches scriptwriting. On the non-fiction side he is author of thousands of articles on renewable energy and sustainable development and of over ten books on Passive Solar Architecture, Solar Energy, The One Planet Life, Energy Management in Buildings and Industry, Sustainable Fuels, Sustainable Cities, and Sustainable Home Refurbishment.

Welcome David, good to be chatting with you today.

It’s good to be here, Judith

What was the first thing you ever wrote?

My first writing job was for Marvel comics – Captain Britain.

Did you ever do a writing course?

Yes. I quit Marvel to do a film/TV scriptwriting course which changed my approach to writing. I learned about plot, structure, character, dialogue…. Discipline.

I wrote a lot more comic scripts, and film/tv scripts, some of which were commissioned, many published. I wrote a darkly funny novella: Doc Chaos, linked to series of comics and TV scripts. There was a break while I raised my kids, and then I won a national competition for a children’s book run by HarperCollins with my novel Hybrids. 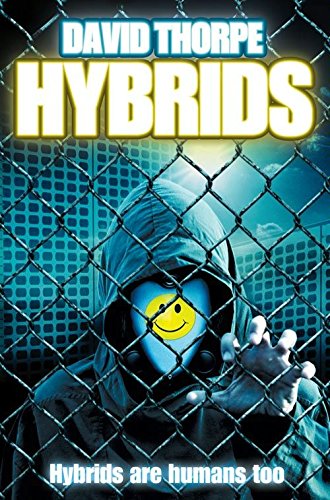 It evolved from Doc Chaos. Its central theme is the popular anxiety that we are being taken over by technology. It tracks two teenage lovers on an unpredictable journey through a terrifyingly familiar world, populated by ruthless politicians, compromised security chiefs, scheming journalists, furious activists, dying kids and their desperate families – all vying for a cure, for truth, power, justice – and survival. The lovers are homeless Johnny Online who is half-computer and Kestrella Chu, a privileged girl with a phone growing in her hand. A new disease that’s sweeping the nation called Creep is slowly merging people with technology they most frequently use. Johnny has been on the streets since his parents abandoned him, avoiding the Gene Police agents who round up unregistered hybrids like him – and dodging vigilantes like those who’ve just killed his best friend. Then Kestrella tracks him down to offer food and shelter in return for help finding her mother, who’s gone missing. It could be a trap – but can he afford to turn her down?

What are you working on now?

I’m developing Hybrids as TV series also a Captain Britain TV series and a book/tv series based on Robin Hood plus all the supporting cast when they were children. I would love HarperCollins or anyone else to publish the rest of the Hybrids series.

What genre are your books?

What draws you to this genre?

You can comment on what’s happening now in a metaphorical or satirical way.

Which writers inspire you?

What is the most difficult thing about writing?

Editing your own work. There is advice I was taught on my course that if you put something in a text and then scratch it out it’s still there in a funny kind of way – as an echo. It’s different from not having put it in at all. Then there’s the question of style… Always a thorny one. How far do you go with being “literary”?

How much research do you do?

A lot. But research should not be obvious. There is something that Berthold Brecht once said about research being most effective when it is distant, not present.

When did you decide to become a writer?

As a small child.

Why do you write?

Do you write full-time or part-time?

Full-time if possible. I would write almost every hour of the day if I could!

Do you write every day, 5 days a week or as and when?

Every day. Whenever possible.

Do you write on a typewriter, computer, dictate or longhand?

I dictate into voice recognition software, then edit on the computer. Every now and then I print out the draft, scribble all over it, input the corrections, start all over again.

Where do your ideas come from?

Do you work to an outline or plot or do you prefer just see where an idea takes you?

Usually to an outline. But the last script I wrote I decided to begin with what I thought would be the most dramatic and astonishing scenes that people would like to see and then work out how I could join them up. It was much more fun.

How do you think you’ve evolved creatively?

Trying to raise my standards as much as possible.

Do you ever get writer’s Block?

No. The opposite. Writer’s diarrhoea?

Any tips on how to get through the dreaded writer’s block?

Get to know your characters better until you can put them in any situation and you know what they would do.

Do you let the book stew – leave it for a month and then come back to it to edit?

Definitely. Or a year.

What else do you write besides children’s books?

Journalism and non-fiction books about saving the planet and being green.

What advice would you give to your younger self?

Only send off the tenth draft. Always follow up any interest from an agent or editor immediately.

What advice would you give to aspiring writers?

How can readers discover more about you and you work?

And these are the links to more of David’s work

4 thoughts on “Today with David Thorpe”