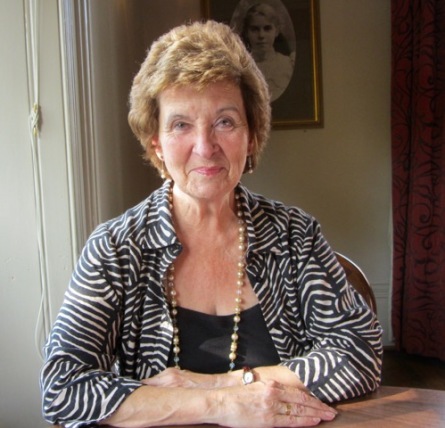 I was so intrigued by the sound of this book by Diane that I couldn’t resist chatting with her  about it.

Thank you, Judith, good to be here

Oppression tells the story of Beth, married to a rather controlling man, who witnesses the attempted abduction of a young girl in a North Yorkshire town. She manages to prevent it but ultimately can’t stop the girl, Layla, being sent to Egypt in a forced marriage. In time, Beth finds the courage to defy her husband and travels to Cairo to look for Layla. Appalled to find her living in the City of the Dead, a sprawling necropolis where homeless people live, she nevertheless is filled with admiration for the way Layla has started a one woman crusade to persuade other oppressed women to rebel and she vows to help her.

It’s a must-read because of the subject – we can all be oppressed by others if we are not strong – and also because Egypt is portrayed so evocatively you can imagine yourself there.

Does your book have a lesson? Moral?

I believe it does. We must all try to find courage, however little it might be, to address wrongs. Some of us are braver than others but we can all be brave to some degree.

What is your favourite part of the book?

I thinks it’s when Beth is sitting in pitch blackness and abject fear, in the tomb house where Layla lives. These houses incorporate a grave – Beth is sitting over one – and they are without water, sanitation or power. She doesn’t know where Layla is but, despite her terror, she realises that she herself is leading an oppressed life, albeit in a lesser way, and decides to put her own house in order.

Do your characters seem to hijack the story or do you feel like you have the reigns of the story?

I like to feel I have complete control but often the characters behave in a way I hadn’t planned. For example, when Beth is caught up in a political demonstration and is rescued by rugby playing Harry, I hadn’t planned on their relationship becoming physical. Beth, however, had other ideas…

What character in your book are you least likely to get along with?

Beth’s appalling mother who has found religion, become one of the Chosen and feels she is on a fast track to sainthood, yet is totally lacking in compassion.

A Thousand Splendid Suns by Khaled Hosseini. It deals with the appalling treatment meted out to women in Afghanistan by the Taliban and is the sort of book whose harrowing details keep one awake at night. I in no way consider myself a feminist, but a humanist. There are the most terrible injustices dealt out to women all over the world and this is only one of the many books which deals with it.

Who is your favourite author?

Probably Kate Atkinson for the sheer complexity of her novels, beginning with Behind the Scenes at the Museum which had me hooked for life as a fan.

What is the most amusing thing that has ever happened to you?

There are quite a few, I’m a bit accident prone. When I worked for Barclays Bank in the 70s I ran a sub-branch and for security reasons a taxi would transport me there each day to and from the main branch. One memorable day I arrived back and as I slammed the car door shut, it closed on the hem of my rather smart suede skirt which fastened top to bottom with the metal poppers you sometimes get on jeans. The taxi drove away and the pop pop pop was audible as my skirt was ripped from my body and I stood in North Street Rugby in my knickers and tights. How I wished I’d worn an underskirt.

What gives you inspiration for your book(s)?

Travel gives me the settings. I have no problem at all imagining where my characters will be but what they will be doing takes longer. The actual plots take work, an idea here, another one there, and eventually they form a cohesive story. I envy those whose plots arrive in their heads like a bolt from the blue. It’s never happened to me!

Where can we find you online?