Over the next few weeks I’ll be posting interviews with the authors and poets who will be taking part in our Book Fair:  http://www.narberthbookfair.co.uk/.

There are forty of us so, obviously, there are many genres for both adults and children. There will be talks an writing and books, creative writing workshops for adults and fun workshops for children, activities for the children and a fun book trail through Narberth, the gorgeous little market town in Pembrokeshire.

And, of course, there will be the chance to chat with all the authors and to pick their brains on all aspects of writing. Even to buy their books and have them personally signed.

And, as usual, there will also be the writing competition: this year is a poetry competition: Submit a poem, in any form, of 20 lines or less, on the subject of : –

Having outgrown our previous venue we have been lucky to hire the Queens Hall: https://www.thequeenshall.org.uk/ who have been very generous in their support of the event.

Although, five years ago,  I started organising the book fairs on my own I was soon joined by Alex Martin: http://amzn.to/2hZCgt2  and Thorne Moore: http://bit.ly/2rc5qyA. Unfortunately Alex has moved on to pastures new  (although is still a great supporter), so Thorne and I have been joined by Elizabeth Sleight. Elizabeth is involved in the charity we are supporting through our raffle; The Harriet Davis Seaside Holiday Trust For Disabled Children: http://bit.ly/2sNyeKQ .

Today I’m really pleased to be chatting with  Graham Watkins.

Welcome, Graham, please start by telling us what  you love most about the writing process?

One of the things about writing I particularly enjoy is doing the research. It’s an excuse to have some fun. For example, before writing my historical novel A White Man’s War, which is about the siege of Mafeking during the Boer War, I took my wife and myself off to South Africa. My wife and I negotiated a deal. She agreed to accompany me exploring the battlefields of the Zulu and Boer Wars in return for a visit to Kruger Game Reserve to see the big five, a tasting tour of the Southern Cape vineyards, a trip up Table Mountain, Oh! and a day shopping in Cape Town. It was a good arrangement. I got plenty of material for the book and we both had a great time.

That’s a difficult question. It’s tempting to answer Dale Carnegie’s ‘How to Win Friends and Influence People.’ I first read his book when I began my business career in the 1970s and it helped me a lot. More recently I discovered two books by David Howarth ‘Waterloo’ and ‘Trafalgar.’ Howarth is a superb writer and a great narrator. 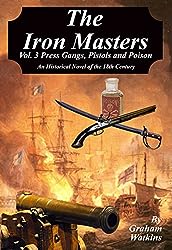 Creating key characters is one of the first thing I do when planning a book. I write out a profile. Name, age, sex, physical appearance, mannerisms, hates and passions and so on. Some, like Nye Vaughn in The Iron Masters, are a composite of different real historical people, others pure invention. Writing historical fiction also enables me to include real people. Again, in The Iron Masters there are cameo appearances by Admiral Lord Nelson, Thomas Telford and others.

Have you always wanted to be an author? 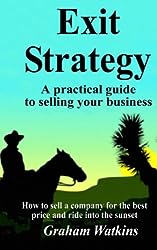 I came to writing late in life, when I retired in 2003. My first book Exit Strategy was a business self help tome written to explain how to sell a company; an experience I had just gone through. These days I write mainly for my own enjoyment rather than the money and I still regard myself as a journeyman, an apprentice wordsmith, learning the craft. I don’t think we ever stop learning.

What makes a good story? A strong beginning, characters that readers can believe in, a problem and a solution reached after overcoming a series of obstacles. I detest ending where everything is left in the air and the reader abandoned like a ghost ship swinging on its moorings. 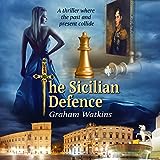 Yes I have. I write in a variety of genres including historical fiction, nonfiction and short stories. More recently I’ve started writing thrillers. My first attempt was The Sicilian Defence a novel about a young American heiress lured to Sicily to be defrauded. Right now, I’m working on a novel with the working title Protocol 5 set in Britain involving murder, adoption, terrorism and corrupt politicians.

An impoverished Italian Count, an American beauty, mafia money lenders, treachery and Sicilian guile all are in The Sicilian Defence; a story of good intentions and evil plans where the past and the present collide.

What was the inspiration behind The Sicilian Defence? 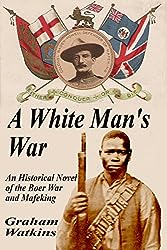 In the same way that a trip to South Africa inspired A White Man’s War, it was a holiday in Sicily which gave me the idea of The Sicilian Defence. The title of the book is a chess strategy but the idea for the plot came from reading about a real American woman lured to Italy and swindled out of her fortune by a fake count. Touring the island; seeing the squalid slums of Palermo, the breathtaking beauty of Mount Etna, the sad mass of African refugees at Catania and the romance of Taormina was a story in itself. The rest, as they say, is history.

How long did it take you to write The Iron Masters?

My historical novel The Iron Masters is the biggest project I’ve undertaken so far. It’s a fifty year family saga set in the cannon foundries of the South Wales during the Napoleonic Wars. Researching the history, crafting the plot, writing and editing took two years.

That’s a good question and the answer is yes. While reading a draft of The Iron Masters to my wife she observed that villain’s wife was a bit dull. As a result I did some rewriting and the character, Delyth was her name, sprang to life. Murder, adultery and much more. She was great fun and totally unexpected. In fact I had trouble keeping up with her antics.

If you could spend time with a character from your book who would it be? And what would you do during that day?

It certainly would not be Delyth. She’s the sort of woman who entrances, seduces, uses and devours. I think I would spend time with Themba Jabulani from A White Man’s War. He’s a Baralong warrior at Mafeking, armed by Baden Powell – that name might ring a bell. Themba’s back story about what really happened during those 217 days when the town was besieged would be fascinating. Themba is, of course, my creation but to meet and talk with a man like him from that time would great.

I’m told I like the sound of my own voice which must be true because I’m sometimes invited to give talks to different audiences. How good I am is debatable and I confess I once put a listener to sleep at a black tie Rotary event where I was the after dinner speaker. The poor chap almost fell off his chair. It might have been what I was saying but I suspect his wine consumption was the real culprit.

I’m a butterfly and flit from one idea to another. It’s a bad habit and I have to concentrate so I don’t lose track of what I’m writing.

We have an old farmhouse high in the Brecon Beacons with six acres which I call as our green gymnasium. There is always something that needs doing. Aside from looking after the house and garden, I like walking and have a wood turning lathe in the barn.

What is the most amusing thing that has ever happened to you? Not particularly to do with your writing.

Newly married, my wife and I went camping to Coniston. We pitched our tent in a nice grassy spot beside a pretty little stream and walked into the village for a couple of drinks.  It was late when we came back to the campsite and had started to rain. The rain got heavier; stair rods would be a good description. We woke in the early hours in total darkness and soaking wet. The stream had burst its banks and overflowed. Our airbed had submerged under six inches of water and the tent had collapsed around us. Everything – shoes, clothes, torch was underwater. We spent the rest of the night shivering in the car. It didn’t seem funny at the time.

After leaving school I trained to be a marine engineer.