Well, yes.looking back down the years and now we no longer let the holiday apartment attached to our house, I know it was worth it. We loved letting, despite the unexpected. It brought us many friends; visitors who returned year after year in the summer to enjoy the lovely Pembrokeshire coastline and all the other attractions this part of West Wales offers. We loved seeing them again. And we were fortunate to meet many new people as well. But there were downsides. Or should I say, occasions that made us think again about sharing our home.

We’ve had many visitors from other countries staying in our apartment and shared great times with them. Couples from the USA, Australia have enjoyed barbeques on the lawn; long boozy evenings of wine and slightly burned kebabs and steaks, of tall tales and laughter.  Visits to restaurants with people from France and Italy. Long walks and talks on the coastal paths with a couple from New Zealand that we’d met from there on holiday in Christ Church, followed by drinks in local pubs. We had a German man stay with us for three weeks who’d come to participate in the Iron Man Wales event. He’d worked hard for twelve months he told us and had to acclimatise himself to the course. Three days before the event he caught a chest infection and had to drop out. Despite his antibiotics he needed to join Husband in a double whisky that night.

One year our last visitor for the season was a single man. We’ve had people come on holiday alone many times over the years and the apartment always seemed to suit them.

But when he arrived we quickly realised he could only speak a little English and we couldn’t speak his language at all.

He hadn’t been in the apartment an hour before he came to the door brandished the empty bottle of washing up liquid.

An hour later washing powder was asked for by a demonstration of vigorous scrubbing at a pair of underpants. I didn’t ask!!

‘There’s a box of washing powder under the sink.’

Sunday brought him to the door twice.

First with the sugar bowl.

Then the salt cellar.

“Used it” quickly became the watchword, whenever we were supplying tea bags, vinegar or handing over shoe polish

Monday he arrived with an empty tube of glue. 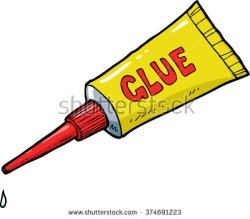 He stands, smiling, waggling the tube. ‘Used it.’

Husband went into his Man Drawer and produced a tube of Super Glue. Scowling. Ears red. We never did find out what the man wanted it for, even though the following weekend Husband examined everything he could that would need to be stuck.

Each day, at least once, the man came to the door to ask for something by waving the empty bottle, carton, container or label at us. Unlike most holiday- makers he didn’t knock on the back door but always came round to ring the doorbell at the front. In the end Husband and I would peer through the hall window.

On the Thursday he arrived with a cardboard roll.

‘There are six more toilet rolls in the bathroom cabinet to the right of the hand basin,’ I offered, helpfully.

Seven rolls of toilet paper have always lasted a two people the whole week. I handed over three more

On the Friday Husband produced a list. ’We should charge for this lot,’ he declared. ‘See?’

It read like a shopping list: milk/salt/sugar/vinegar/butter/tea bags/ coffee/soap/soap powder/toilet paper/shampoo/glue/shoe polish. The writing became more indecipherable after that; think Husband was becoming exasperated… or  there was too much to put down.

‘Really?’ I said, even though I knew the chap had been a pest. ‘You’ve been keeping tabs on him?’

‘Too true.’ Husband was indignant. ‘We could even charge him for overuse of the battery in the doorbell.’

‘Except that it’s connected to the electricity.’

‘Even worse!’ Husband grumped off to His Shed.

Saturday morning came and the doorbell rang.  Smiling, the man put his suitcase down onto the ground and vigorously shook hands with both of us. He waved towards the apartment. ‘Used it,’ he said. ‘Very nice.’

28 thoughts on “Tales of Our Holiday Lets. Or … Is it Really Worth it? Or … Tales of the Unexpected!”