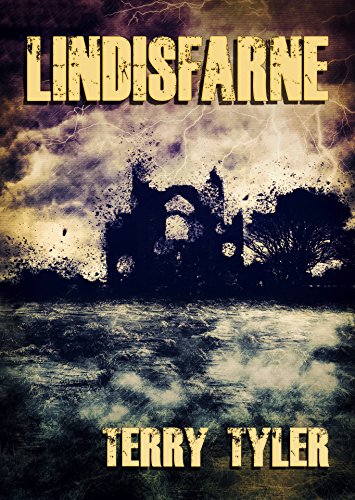 I was given an ARC of Lindisfarne by the author in return for an honest review.

Six months after the viral outbreak, civilised society in the UK has broken down. Vicky and her group travel to the Northumbrian island of Lindisfarne, where they are welcomed by an existing community.

New relationships are formed, old ones renewed. The lucky survivors adapt, finding strength they didn’t know they possessed, but the honeymoon period does not last long. Some cannot accept that the rules have changed, and, for just a few, the opportunity to seize power is too great to pass up. Egos clash, and the islanders soon discover that there are greater dangers than not having enough to eat.

Meanwhile, in the south, Brian Doyle discovers that rebuilding is taking place in the middle of the devastated countryside. He comes face to face with Alex Verlander from Renova Workforce Liaison, who makes him an offer he can’t refuse. But is UK 2.0 a world in which he will want to live?

I have been an admirer of Terry Tyler’s work for a long time; I like her style of writing,  I  like the way she builds her characters and her sense of place in all her novels.

I’ve read the first of the Project Renova Book Series: Tipping Point. And, although, this genre is not usually my first choice, I read it purely because it was written by this author. I wasn’t disappointed. Here’s my review: http://bit.ly/2um9Fcq.   And I enjoyed my interview with Terry Tyler: http://bit.ly/2uzbsef.

When I started LIndisfarne I was anxious to learn what had happened to the characters in Tipping Point. But also I wondered if the story would be as strong as in the first book.

I don’t give spoilers (if I can help it) in my reviews so here are my thoughts:

I love the way the story is told; each chapter is given over to individual characters. Not only do we see situations through their perspective, we learn – through their voice/their internal dialogue – about them. And we also see the actions of the other characters from their points of view, and their opinions on that action. It gives so many extra layers to the plot at different times.

There is one exception to this style of writing; the chapters around a character called Wedge. Thoroughly evil chap. His part in the book is told from the third person point of view.I liked this; it distances the reader from him yet we still know what he’s thinking, hear his internal dialogue… follow his actions. I’ll say no more.

The author brings the characters to life through their actions and mannerisms but one of her greatest strengths is through their  dialogue; each character has their own way of speaking.There was no doubt whose voice I was reading even without dialogue tags. I especially enjoyed  reading Lottie’s chapters; the sense of how she’s grown from a young teenager in the first book to young adult in this one is fascinating … and all in eighteen months.

I always say that this author has a knack for descriptions. Lindisfarne is no exception. The beauty of the island parallels the destruction of the mainland and the building of UK2. I could picture each setting as the characters moved around in them.

There is one story line that I had an uneasy feeling about – when my fears were realised I felt that satisfaction a reader gets when they think something will happen and it does but also a great sadness that it has. To get that connection with any character shows strong writing on the part of the author

There is also another intriguing sub plot line threaded throughout that follows one of the  characters from Tipping Point: Doyle. I have a feeling we will hear a lot more of him in Book 3.

I said at the beginning of this review that I have always loved this author’s work but, for me, this is Terry Tyler’s best novel yet; strong characters, strong dialogue, strongest writing, strongest plot; so I can’t recommend it highly enough. But I would advise reading Tipping Point first. This is a  trilogy (looking forward to the last! book).

Hmm, having read and reviewed as constructively as I could, I’ve realised I have extolled all the virtues of Lindisfarne without any negative or any ‘to think about’ points. I do have one; I would love to see these books in real life book shops – the covers alone would make them stand out. Any chance? 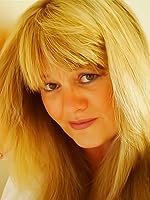 Terry Tyler is the author of fifteen books on Amazon, the latest being ‘Tipping Point’, the first book in her new post apocalyptic series. She is proud to be self-published, is an avid reader and book reviewer, and a member of Rosie Amber’s Book Review Team.

Terry is a Walking Dead addict, and writes for one of their main fansites. She lives in the north east of England with her husband, and is still trying to learn Geordie