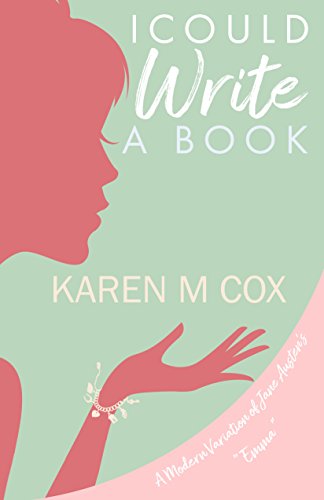 For readers of romantic comedy, coming of age, historical romance, Southern fiction)
“Emma Woodhouse, handsome, clever and rich…”
Thus began Jane Austen’s classic, a light and lively tale set in an English village two hundred years ago. Yet every era has its share of Emmas: young women trying to find themselves in their own corners of the world.
I Could Write a Book is the story of a self-proclaimed modern woman: Emma Katherine Woodhouse, a 1970s co-ed whose life is pleasant, ordered, and predictable, if a bit confining.
Her friend George Knightley is a man of the world who has come home to fulfill his destiny: run his father’s thriving law practice and oversee the sprawling Donwell Farms, his family legacy in Central Kentucky horse country.
Since childhood, George’s and Emma’s lives have meshed and separated time and again. But now they’re adults with grown-up challenges and obligations. As Emma orchestrates life in quaint Highbury, George becomes less amused with her antics and struggles with a growing attraction to the young woman she’s become.
Rich with humor, poignancy, and the camaraderie of life in a small, Southern town, I Could Write a Book is a coming of age romance with side helpings of self-discovery, friendship, and finding true love in the most unlikely places.

Retelling  a classic in modern times is an interesting concept and one that has worked really well here.  Karen Cox clearly has a talent for this genre and I enjoyed reading this re-working of Jane Austen’s Emma.

I must admit, though, I found I Could Write a Book impossible to review as I normally would review a book. This is a  canonical classic; it is difficult for me to criticise the story of a novel I have long admired.

Told through alternating perspectives of Emma and George Knightley the different depiction of the personalities of each character is well rounded and follows closely to that of Austen’s, though naturally adapted to the setting of Kentucky, during the 1960’s and 1970’s. The juxtaposition of  humour and poignant tenderness is threaded throughout. Nevertheless the actions of the modern strong-willed Emma still brought out the same feelings of exasperation in me as it had in the original Emma. Yet, as before,  I felt empathy and compassion for the character; there is still the underlying naivety there. Though cosseted by her family I also felt protective of her when George Knightley, battling his own feelings towards her, attempts to ‘open her eyes’ to herself.

Good characterisation of both and I also found the supporting characters to be multi-layered, adding to the background and action within the plot. And brought right up to date by the emphasis as much on religion and race as on the class divisions in the original story.

I liked the author’s style of writing and the steady easy pace of the story was reassuringly similar Austen’s.

I Could Write a Book works well and I would urge both readers who are admirers of Jane Austen and those curious to see how a classic can reappear as a contemporary read to discover this book for themselves. 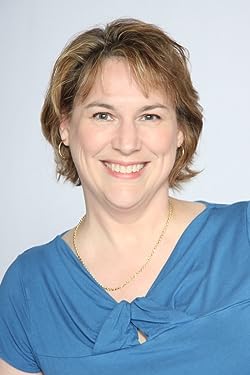 Karen M Cox is an award-winning author of four full-length novels accented with romance and history: “1932”, “Find Wonder in All Things”, “Undeceived”, and “I Could Write a Book”. “The Journey Home”, an e-book companion novella to “1932” is now available. She also contributed a short story, “Northanger Revisited 2015”, to the anthology, “Sun-Kissed: Effusions of Summer”, and wrote “I, Darcy”, a short story in “The Darcy Monologues” anthology.
Karen was born in Everett WA, which was the result of coming into the world as the daughter of a United States Air Force Officer. She had a nomadic childhood, with stints in North Dakota, Tennessee and New York State before finally settling in her family’s home state of Kentucky at the age of eleven. She lives in a quiet little town with her husband, where she works as a pediatric speech pathologist, encourages her children, and spoils her granddaughter.
Channeling Jane Austen’s Emma, Karen has let a plethora of interests lead her to begin many hobbies and projects she doesn’t quite finish, but she aspires to be a great reader and an excellent walker – like Elizabeth Bennet.
Connect with Karen:
Website: www.karenmcox.com

8 thoughts on “I Could Write a Book: A Modern Variation of Jane Austen’s “Emma” by Karen M Cox #RBRT”