I gave Castles in the Air: A Family Memoir of Love and Loss 3* out of 5*

A highly readable story about a remarkable life Rosemary S, librarian, NetGalley
Great story about a daughter trying to find her path after she uncovers her mother’s life and secrets, Strongly recommends, CLJ Reviewer, NetGalley

An eight-year-old child witnesses her mother’s secret and knows that from that moment life will never be the same.

After Molly, her mother dies, Alison uses her legacy to make a film about Molly’s relationship with a man she had known since she was a teenager. What hold did this man have over her mother? And what other secrets was her mother hiding?

Castles in the Air follows the life of Molly Ripley through the eyes of her daughter Alison. From Molly’s childhood in colonial Hong Kong and Malaya; wartime adventures as a rookie office girl in the far east outpost of Bletchley Park then as a young nurse in the city; tangled romance and marriage to her challenging middle-age when demons from the past seem set to overwhelm her.

The writer in Alison can’t stop until she reveals the story of Molly’s past.
But as a daughter, does she have the courage to face up to the uncomfortable truths of Molly’s seemingly ordinary life?

As she unravels the private self that Molly kept secret, Alison realises that she is trying to find herself through her mother’s story. By trying to make sense of the past, can she move on with her future?

Honest yet unsentimental and told with abundant love and compassion, this is a profoundly moving portrait of a woman’s life, hopes and dreams.
We learn not only about Molly, but about mothers and daughters, secrets and love.
A story for readers struggling to come to terms with the trauma of losing loved ones.
A 2016 B.RA.G. medallion honoree

Castles in the Air is a form of an epistolary memoir, written by the daughter of Molly Ripley. that, through diary journals belonging to the author’s father, Don, and letters sent by Molly to a family friend, Steve, traces  her mother’s life through childhood  in wartime and later through her education and work. From the tone of the letters it seems her attraction to Steve lasts well into adulthood. I wondered why his letters were not kept.

The story begins when Molly’ is eleven in 1937. Her letters date from when she and her parents were about to leave England to go to  the Far East where her father has important work. These are minutely detailed and, I’m afraid to say, laborious letters of life on the ship, shopping  trips, parties, friendships. I would have loved some setting, some information of the world around Molly at this time but, of course, it needs to be kept in mind that this was a child writing. The father’s journals are really sparse notes also.

I found the second half of the story more interesting; the accounts of the family’s struggles, financially and emotionally, from the author’s point of view as she sees her parents from a distance. There is both sadness and poignancy threaded throughout the text after Molly’s marriage, the move to Malaysia, to a rubber plantation,back to England, and then on to New Zealand. there is also the interesting/curious continuing friendship with Steve (seemingly resented by Molly’s husband?) And copious accounts of Molly’s drug addiction.

Time and again throughout Castles in the Air it occurred to me that it would have been  fascinating to use all of Molly’s letter and journals as research for a fictitious story. But I am aware that this is a memoir; lovingly  and obviously sometimes painfully written by  Alison Ripley Cubitt.

The Book Description is so enticing I was eager to read this memoir but I have to say I was disappointed overall. It is a good family memoir which is surely fascinating to and for the author’s family. I think what I wanted more of, was a greater sense of place and more rounded characters. I realise this is probably impossible to glean from the scant details through letters and journals.

After writing this review I have looked for Castles in the Air on Amazon. There are some good five star reviews there; it may be this was just not the style of memoir I enjoy. 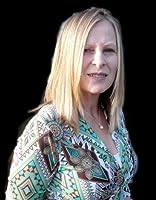 Alison Ripley Cubitt is an author, memoirist, novelist and screenwriter.
Her most recent piece for The Telegraph was a story on the filming location of the hit tv series Indian Summers. She wrote a screenwriting column for Writing Magazine for nine years.

5 thoughts on “Castles in the Air: A Family Memoir of Love and Loss by Alison Ripley Cubitt and Molly Ripley #RBRT #TuesdayBookBlog”