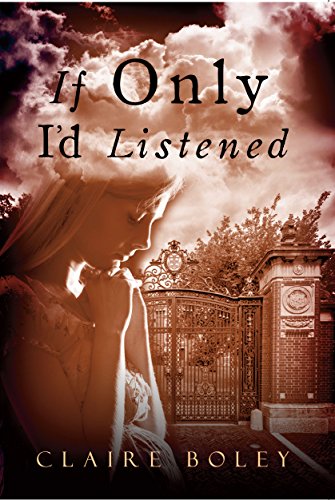 IS YOUR GIRLFRIEND PREGNANT?

How ready are you for that?

How would you deal with becoming a parent before
you’ve left school?

One thing’s for sure, you can’t unmake babies. A fact that’s borne in on Peter Knight and Samantha Smithson, sixth formers at the South East Comprehensive in Deptford, living at a time when many parents are still of the old
school and pregnancy outside marriage carries a stigma.
Having to face their parents, their school friends, teachers and gossip is only
the beginning. Pete’s plans for university are scotched as he must seek
work and accommodation suitable for a young family. And all
the time he still wants to have fun, with ‘friends’ quite
happy to tempt him to do it.

As for Samantha, abortion is no easy option. Yet as her health and
her faith in Peter goes up and down, she may have
to think the unthinkable

If Only I’d Listened is a family saga and has a good sense of the era; the sixties. It’s obvious the author has researched well from the details of the background to the lives of the characters; the attitudes, the class, the morals. And there is also a great sense of place so I could imagine the characters moving around the area.

Compared with the nostalgia for the ‘Swinging Sixties’ the book reflects the confinements of family life, the expectations of parents, the tentative pushing against the boundaries of the teenage characters in the story.

It’s an age-old plot: boy gets girl pregnant, parents from different classes disapprove, boy, realising his planned future is in jeopardy,  panics and distances himself from girl. Girl left holding the baby… or is she?

A good story-line but  I won’t give away spoilers.

The characters are all fairly rounded and evolve as the book progresses in their own way.

The dialogue differentiates the characters well.

As I said it’s an age-old plot that never goes stale. And it’s an easy read, I quite liked the author’s style of writing.

The pace of the story was a problem for me. There is a lot of time spent in parts of the story, to the point where it felt rather laboured and where I wanted it to move on so I could read what happened next. And then the conclusion felt rushed.

But there is a lot of potential in this debut novel. Perhaps it needs just one more edit to tighten up the text

I was born in Devon during the second world war. Aged six I moved with my parents to Buckinghamshire where I lived until I left home aged nineteen to train as a nurse.
For the last ten years I have been writing articles for the national magazines on different subjects including hand spinning. In 2011 I was commissioned to write my first book – Hand Spinning and Natural Dyeing.
If Only I’d Listened is my debut novel, it took three years to write. The novel is based in London during the 60’s. Pete a seventeen year old school boy gets Samantha aged sixteen, pregnant.
Samantha spends the nine months in and out of hospital while Pete is encouraged by his friends to go out and about and have have fun which he does, in between having upsets with his parents.