I gave The List: Volume 1 (A Jonah Greene Thriller) 5*

D.S. Jonah Greene’s police career is at a dead end. Following three months of stress-related sick leave, he is sidelined from his C.I.D. team and transferred to the Coroner’s Office. His first body is that of a homeless man who froze to death.

What should be a straightforward case takes an unexpected turn when Greene is handed a list, containing seven names, in the dead man’s handwriting. Greene investigates the names and discovers a tale of greed and murder which stretches back to the mid-1990s.

His career, his marriage, and his life may be threatened, but he will not give up until he has found the truth and brought the guilty to justice.

I’m getting hooked on crime thrillers and The List is no exception. The author presents a complex and, for me, a baffling plot that kept me guessing right up the end. Wonderful!! The reader learns very early on that the protagonist, Jonah Greene, has many problems, both with his career and in his marriage, And the character is so rounded, so multi- layered that it’s impossible not to empathise with him.

Unlike some of the other characters! Well written, equally rounded, but with motives and actions that there is little to empathise with. Still fascinating though.

The action moves from the story’s present to the past, with sections interspersed and told from the four antagonist’s viewpoint, and the rest from Jonah Greene’ s point of view.

Both the internal and spoken dialogue is first-rate; there is no doubt who is speaking at any time, even without dialogue tags.

And the settings, both domestic and those of the crimes, described well, using all the senses so evocatively it is easy to imagine being right in the scene, which isn’t always comfortable. Just the reaction a crime thriller should have, in my opinion.

I have thought long and hard about the star rating with The List;=Normally, if there are errors with punctuation, words incorrect or missing, grammar, I tend to mark lower. And all these are present in this book; it really does need another proofread. But I enjoyed the story so much I decided to ignore these and just give a heads-up to the author for reference, So hence the five stars. 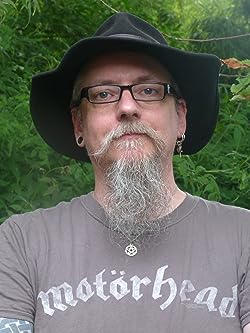 Graham H Miller has been writing since his teenage years when he had a scenario printed in a role playing magazine. Since then he’s written articles, guest posts and a book on pagan subjects. His brain is always at work, with more ideas than time. He is a house-husband proudly perpetuating the stereotype by writing books while his three boys are at school. He has two blogs that are erratically updated – one about life as father to three special boys and the other covering his thoughts on writing and the publishing process. His interests include prehistory, classic cars, anything Viking and learning Welsh. Fascinated by everything, he lives in South Wales and is older than he thinks he is!

5 thoughts on “My Review of The List: Volume 1 (A Jonah Greene Thriller) Graham H. Miller”