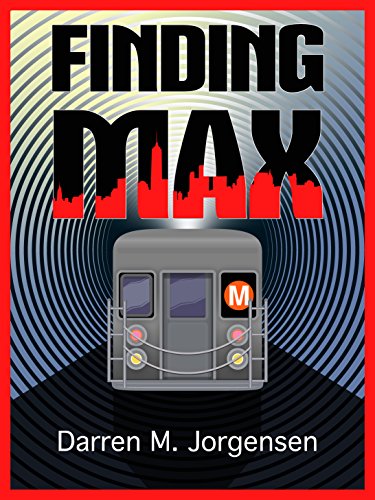 I was given Finding Max by the author as a member of Rosie Amber’s Review Team #RBRT in return for an honest review.

Five-year-old Max is abducted from a playground on a hot summer day while his brother, Gary, has his back turned. Seventeen years later, Max returns to Gary’s life in a serendipitous twist with a disturbing tale to tell. As they learn to love and trust each other, they must outwit and outrun the nefarious Quinn, who seeks to re-abduct Max for his own evil purposes. Killing Gary and his new girlfriend, Jean, to get them out of his way is just part of his plan. Will they escape? And when all is said and done, will Max and Gary ever truly be freed from the shackles of guilt and pain from the past? Amid the gritty, harsh landscape of New York City, Finding Max explores those areas of society we seldom like to look at—homelessness, hunger and sexual abuse—with profound delicacy, brutal honesty and compassion. This thrilling novel will keep you reading long into the night

Finding Max is an intriguing and powerful novel; a cross genre of psychological thriller and mystery. It’s a dark plot that is threaded through with themes of violence, abandonment and sexual abuse but these are juxtaposed and balanced by themes of courage, loyalty and love. I liked the writing style of this author and it’s obvious there has been a great deal of research into the deep-seated trauma of childhood mistreatment and cruelty. Darren Jorgensen treads a fine line but it’s done with sensitivity and skill. The reader is taken into the inner lives of the two main characters, two brothers, Guy and Max and their past and present lives.

On the whole all the characters throughout are well-rounded and believable. Both Guy and Max are multi layered. They are portrayed, individually, as damaged by their history but in different ways, Max, by his abduction as a child, and Guy, by his belief that he failed his brother by his neglect and inability to stop the abduction. But, as in all good writing, both are also depicted to grow and change as the story progresses. This transformation is helped by the introduction of Jean, Guy’s new girlfriend. I wasn’t sure, at first, by this character but eventually realised her purpose to the plot; she is an emotional go-between – having a strong impact on both brothers in the short time span

The antagonist, Quinn, is interesting; a psychopathic murderer who is shown to have a disturbing, unnatural love for Max. He stalks him, desperate to reclaim him and dangerously bitter by his belief that Guy and Jean have taken Max away from him. It’s a strong, well written portrayal of an adversary.

I deliberated over some of the dialogue; I’m not convinced by it, especially that of Max. The inner dialogue, on the whole, is excellent, revealing the horror, the terror, the power of the mind and it gives understanding to some of Max’s irrational behaviour and need to hide, to run away. But the spoken dialogue he is given doesn’t always ring true; there is a sophistication there that feels wrong for this naive character. And, without the dialogue tags, it is occasionally difficult to discern who is speaking, Guy, portrayed as an educated and socially competent man, or Max.

The description of the settings: Guy’s office, the shelter where he is based as a social worker, and his apartment; the way homelessness on the streets is shown, give a brilliant sense of place. I could see the world the characters move around in.

Besides my thoughts on the dialogue, I had only a few reservations. Firstly, I felt that the pace of the plot was slowed down, in places, by the unnecessarily introduction of issues not particularly relevant to the story, Secondly, I was never quite sure about the coincidence of Max walking into the drop-in centre where Gary is based. But, for the sake of the plot, I accepted it as possible.

I think it also should be said that there are explicit details of child sexual abuse some readers may find upsetting.

Although Finding Max is a standalone novel it is open- ended and could lead to a sequel.

On the whole this is a powerful and absorbing read. One I would recommend in particular to readers who enjoy a dark physiological crime genre