As usual our Book Fair is part of the Tenby Arts Festival . We’re at Church House between 11am – 3pm and it’s free to come in and chat with all the authors and publishers.

Here’s our line up :

Authors of all genres will be present:

And here are the interviews of everyone involved:

Showboat tv will be there to video the event http://showboat.tv/

Events to be held at the 2016 Tenby Book Fair, 24th September

Revised
Some talks, readings, Q&A sessions will be held in an adjoining room at the fair. Numbers will be limited, so it is advisable to reserve a place in advance. There is no charge.

RESERVE A PLACE AT YOUR CHOSEN TALK NOW.

Presentations for the Tenby Book Fair Writing Competitions will take place at 12.30 on Saturday, 24th September 2016

Results of the writing Competitions

FOR ENTRANTS AGED 7 – 12, AN ESSAY (ONE PAGE) ENTITLED: MY FAVOURITE CHARACTER.

COLLECTIONS OF BOOKS ARE VERY GENEROUSLY BEING DONATED AS PRIZES BY FIREFLY PRESS.

Congratulations to all the winners. And thank you to everyone who entered the competition. There were a many entries and the standard was excellent. The judges had great  difficulty coming to their decisions.

Congratulations to these three winners. There were some very Creepy Tales indeed. I think the judges had nightmares after reading some of these!

First Prize £25 Second prize £10 Third Prize £5.
The prizes are donated by Cambria Publishing Co-operative
1st Prize: James Purchase
2nd Prize: Eloise De Sousa
Joint 3rd Prize: Keith Bell & Wybert Bendall
There were a great many excellent entries in this category and some interesting and innovative slants on the title.  I am told it was a difficult choice.
As well as receiving their prizes on the day the winners will have their stories published on the Tenby Book Fair website 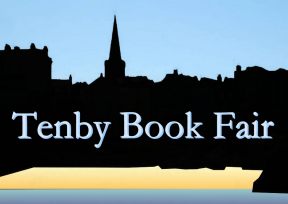 Tenby Book Fair is approaching 24th September (this next Saturday!) and there are six events you can attend.
All three publishers will be giving talks and taking questions —

Honno, which has been publishing Welsh women, classics and contemporary, for thirty years (Happy birthday Honno!)

Firefly, founded in 2013, and already winning prizes, is the only publisher in Wales devoted to children and young adults

There will also be talks by three authors.
Colin R Parsons writes very popular fantasy and science fiction for young people and has given many talks and presentations at schools.

Kathy Miles is a prize-winning poet who will be reading some of her work.

Matt Johnson, ex-soldier and police officer, will be talking about how he came to write his thriller, Wicked Game.

Places are limited, so if you would like to reserve a place at any of these talks, email judithbarrow77@gmail.com

As usual our Book Fair is part of the Tenby Arts Festival . We’re at Church House on the first day, Saturday 24th September, between 11am – 3pm and it’s free to come in and chat with all the authors and publishers.

Here’s our line up:

Showboat tv will be there to video the event http://showboat.tv/ 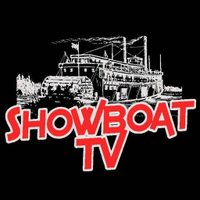 And here are the events of the Day:

A talk about the famous American-Parisian jazz singer of the twenties and thirties who was notorious for having danced in a skirt made of bananas.

Sounds great fun but she had a serious side too. Find out about her courage working for the Resistance during World War II and her fight against racism.

written and performed by Alison Neil
directed by David Collison
Alison Neil returns with another of her brilliant one-woman plays.

Coffee shops and tooth worm, smuggling and mouseskin eyebrows…amid the fascinating trivia of mid-eighteenth century life, Mary Cowper De Grey recounts the true story of a group of Ladies of Quality, who determined to make Shakespeare fashionable. The success of the Shakespeare Ladies Club echoes down the centuries. Mary also has a very personal tale to recount – her involvement with a young and ambitious would-be actor named… David Garrick.

Mrs Cowper De Grey then introduces her surprise guest – and the Lords, Gentlemen and Ladies of the Audience are told a very different tale – of a London unseen by People of Quality.

London in the mid-1700’s : vivacity and prosperity, marvels and great achievements in art and science. When the first steps were taken to quell the squalor and brutality of life for the poor. And women were not staying at home, or keeping quiet…

“… jammed full of historical fact…told with humour, sympathy and attention to detail… both informative and entertaining, performed with energy and conviction.” BORDON POST

“…Alison commanded great stage presence…she revealed what life was like at that time…an eye-opening look at Georgian London from both sides of society.” NEWARK ADVERTISER

ALISON NEIL’s other plays, “BELLA – THE STORY OF MRS BEETON”, “THE SIXTH WIFE” (about Katherine Parr), “TRULY YOURS, C.B.” (about Charlotte Brontë), “LIVING IN THE LIGHT” (about Hildegard of Bingen) “THE JUST-WILLIAM LADY” (about Richmal Crompton) and “THE FOSSIL LADY OF LYME” (about Mary Anning) and “MRS BEETON, MY SISTER” have been performed up and down the country in hundreds of venues since 1989. As well as theatres, arts centres, village halls, colleges and festivals, the plays have been performed in hotels, art galleries, museums, castles, stately homes – and even a race course!

“BELLA – THE STORY OF MRS BEETON” and “THE JUST-WILLIAM LADY” have been adapted as BBC Radio 4 Afternoon Plays.

ALISON NEIL has been a professional actress for 30 years. She has appeared in the West End in “LITTLE LIES” (starring Sir John Mills) and “ROSENCRANTZ AND GUILDENSTERN ARE DEAD”, together with numerous appearances in theatres up and down the country and abroad, and on TV and radio. Following the success of “BELLA – THE STORY OF MRS BEETON”, her second career as a writer/researcher began – for events such as VE Day in Hyde Park, the Queen’s Golden Jubilee in London, many Royal Tournaments, and permanent exhibitions such as The Smugglers Adventure (Hastings), Newhaven Fort, Shrewsbury Abbey, Tonbridge Castle and countless others. She has also been a member of Past Pleasures, interpreting history for special events and at the Tower of London.

Her one-act play “WHERE THERE’S A WILL” won the Drama Association of Wales BEST PLAY BY A WELSH-BASED WRITER 2008.

PINT-SIZED PLAYS ARE BACK AGAIN FOR ANOTHER ROUND!

Short (5-10 minutes) snappy plays that are performed free of charge in pubs around Tenby.  They are winners of an international playwriting competition that attracts hundreds of entries every year.  Some will make you think, some will make you chuckle, many are just downright hilarious.  This extremely popular entertainment is now a regular part of the Festival and always surprises the audiences who appreciate the quirky subjects and amusing performances whilst having a convivial drink.  Come early, get them in, sit back and enjoy!

I’ll be taking part in a small flurry of book fairs soon: The Rhondda, on September 3rd, Tenby  (which I am helping to organise) on September 24th, and Carmarthen on October 1st. 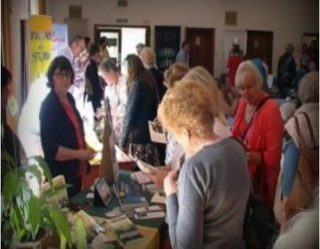 To stand at a stall, offering my wares, might seem a very Mediaeval way of going about things in the days of internet ordering and e-books. Besides, what are bookshops for, if not to provide any book that anyone is looking for? Literary festivals like Hay, with big names addressing crowds of fans are all very well, but why bother with book fairs?

The reason is that for most of us authors, such events are the only occasions when we get to meet our readers in the flesh, to discuss our work and hear their opinion. We write for ourselves, mostly, and perhaps to please a publisher or agent, but ultimately, since we choose to be published, rather than storing our work in notebooks under our bed, we write for “the reader” out there, who will devour our polished words. It becomes a somewhat surreal situation if our readers never materialise in the flesh. We need the contact to keep it real.

A fair also allows us to meet our fellow authors, in an atmosphere where everything is all about books, and sometimes it’s very healthy to escape the private isolation of writing and remind ourselves that we are not alone. There are other people as obsessed with writing as us.

For indie authors, who self-publish, and who want to rely on more than Kindle sales on Amazon, fairs can be almost the only way to put their printed books out there, for people to see. Many bookshops simply don’t stock independent authors. An ISBN number is not enough to get you on the “List.” And for us conventionally published authors, there is no guarantee that bookshops, even their local bookshops, will pay them any attention whatsoever. If you are lucky, you might find a copy of your book, buried in a dark corner, out of sequence, while the front displays concentrate on the highly promoted big names. If you are in the hands of one of the mega-publishing houses, which sees you as a potential block-buster in WH Smiths or on airport concourses, then they might send you off on tour round the country or the world, to meet your readers. They might flaunt your book cover on billboards for you. 99% of authors don’t get that treatment, so we have to put ourselves out there.

And that’s what book fairs are for. So do come. We’re a rare breed and well worth gawping at.