Sometimes you find a niche where you know you just fit. That’s how I felt when I joined the Romantic Novelists’ Association and then the RNA Saga Writers group on Facebook. I was made very welcome and, in fact, was interviewed:on the Write Minds blog https://bit.ly/2VhEPg7, run by two of the members:Francesca Capaldi Burgess and Elaine Roberts.

I wanted to discover how and why, like me, they wrote family sagas, with a little romance thrown in. So I asked if any of them would be interested in discussing that. I certainly received some fascinating answers.

This is the fourth of my interviews with a Romantic Saga Author, and today I’m delighted to be talking to Tracy Baines

Thank you so much for inviting me to your blog, Judith.

When you started writing your book, did you intend to write a family saga – or series of stories rather than one story?

It was always going to be a series. My friend, author Margaret Graham had suggested I write a wartime series as they were popular. I’d wanted to set something in my home town of Cleethorpes for a long time. My parents managed a pub, The Pier Hotel opposite  Cleethorpes pier and I lived and breathed entertainment – but only from the safety of the wings. I wanted to set the stories among the people who work at the theatre in a small seaside town. Variety people have to be versatile; they sing, dance and take part in sketches – they have to be able to turn their hand to anything. It gave me a broad canvas to work with and the chance to have some larger than life characters. When the cast of a show come together they form a bond and become a family as such. It gave me lots to play around with – what is family after all?

Which do think is more important, the family story or the romance?

Not so much a family as a sense of community. I think that’s important – a sense of people coming together and helping each other, especially in wartime – for children would be evacuated and families torn apart. Family became a hotch-potch of people and that’s what interested me most of all. There’s still romance because that’s part and parcel of life but it’s not the only thing.

How important do you think it is to research the historical background, locations, features of the era, your characters livein.

Hugely important. I know the area of my story well, but I didn’t know what it was like in 1939. There has been huge change, some things remain but many of the places of entertainment had changed entirely – or disappeared altogether. I could find very little in the way of images of the interiors of the Empire theatre so I made one up based on what would be familiar to readers – what their expectations would be. I used to walk past the back of the theatre and knew there were windows at pavement level so imagined them high up on the wall of the dressing rooms. I had enough knowledge to work a layout. As for reading, I read many biographies of entertainers of the time such as Gracie Fields, Jessie Matthews and Evelyn Laye, as well as text books on World War 2 to fact check. I watched old movies that were filmed late 1939s early 1940s to get a sense of the furnishings and language. I watched a lot of Talking Pictures TV. I also looked for eyewitness accounts on the internet. The BBC site The People’s War was a great resource.

How do you manage to keep track of all the characters in your book/s over a stretch of time?

I keep them in a file. I write down characters as they appear – their ages, details such as colour of hair and eyes, height, shape and distinguishing features. I have a chapter grid so I know what happens in each chapter and who appears in it. Each time I edit I add to or delete as necessary. This also helps me work out a time-line. People will have had birthdays even if they aren’t mentioned in the books. It became my ‘bible’.

When I was writing book two I could refer back to it and it helped enormously. It’s amazing how easily you can forget something quite crucial.

A saga demands change, both in its characters and its world. How important is the time period to the development of your narrative?

It’s vital. Everything has to be plausible. It has to fit with the confines and morals of the period. If you don’t get this right you lose the reader, not just for that book but for all your consequent books. It’s a matter of trust between the reader and the author. My Variety Girls inhabit the world of Variety theatre just before WW2. Variety theatre, child of the music hall was frowned upon by many. The attitudes then were not those of today. If you get the time period wrong you break the illusion.

Christmas with the Variety Girls

Will Christmas bring an unexpected reunion?

Frances O’Leary has always dreamed of being a dancer. But after war is declared and the theatres begin to close, Frances and the variety girls must search for work elsewhere.

However, Frances is hiding a secret. As far as her best friend Jessie knows, Frances is a young aunt who adores her niece, Imogen – but what she doesn’t know is that their relationship runs much deeper. Now, with the sweetheart who cruelly abandoned her returning to England, will her secret finally be revealed…?

A heartwarming festive saga for fans of Katie Flynn and Elaine Everest.

Tracy Baines was born in Cleethorpes, Lincolnshire. When she was eight her parents took over the management of the pub opposite the pier, The Pier Hotel.  Her father opened one of the rooms as a music venue bringing performers such as Wayne Fontana and the Mindbenders, Billy J Kramer and Billy Fury to start the ball rolling. So began her love of live entertainment.

From the age of sixteen, Tracy worked backstage during summer seasons, pantomimes and everything else in-between on the pier.  She met her husband when he was appearing with the Nolan Sisters and she was Assistant Stage Manager.

The first two books in the Variety Girls series are set in Cleethorpes, in the square mile that was her childhood home.

Tracy lives in Dorset with her husband and springer spaniel, Harry. Her children and grandchildren live close by. 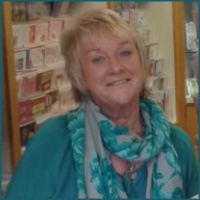 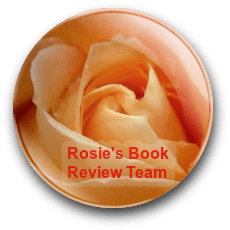