Llys y Garn is a rambling Victorian-Gothic mansion with vestiges of older glories.

It lies in the isolated parish of Rhyd y Groes in North Pembrokeshire. It is the house of the parish, even in its decline, deeply conscious of its importance, its pedigree and its permanence. It stubbornly remains though the lives of former inhabitants have long since passed away. Only the rooks are left to bear witness to the often desperate march of history.

Throne Moore’s Long Shadows: Tales of Llys y Garn comprises a trio of historical novellas that let us into secrets known only to these melancholy birds.

The Good Servant is the story of Nelly Skeel, loveless housekeeper at Llys y Garn at the end of the 19th century, whose only focus of affection is her master’s despised nephew. But for Cyril Lawson she will do anything, whatever the cost.

The Witch tells of Elizabeth Powell, born as Charles II is restored to the English throne, in a world of changing political allegiances, where religious bigotry and superstition linger on. Her love is not for her family, her duty, her God or her future husband, but for the house where she was born. For that she would sell her soul.

The Dragon Slayer tells of Angharad ferch Owain in the early decades of the 14th century. Angharad is an expendable asset in her father’s machinations to recover old rights and narrow claims, but she dreams of bigger things and a world without the roaring of men. A world that might spare her from the seemingly inevitable fate of all women.

In these three tales the rooks of Llys y Garn have watched centuries of human tribulation – but just how much has really changed? If you enjoyed the kaleidoscopic sweep of David Mitchell’s Cloud Atlas you will appreciate Long Shadows.

I have long been an admirer of Thorne Moore’s work and have not been disappointed with these three novellas in  Long Shadows: Tales of Llys y Garn

The first, The Good Servant is told from the point of view of the housekeeper, Nelly Skeel; the protagonist, living at the end of the nineteenth century.  Well rounded and well portrayed in her actions, there is a vulnerability about this character; as the reader I found myself both can empathising and sympathising  with her and yet being exasperated. Yet should I? She is of her time and  of a certain status in her world.

And, so, on to The Witch. This story, set in the seventeenth century,  takes the reader through the early years of Elizabeth Powell to her adult life. Told mainly from the protagonist’s point of view with the occasional insight to one or two of the  other characters from a third person narrator, the emphasis is on the restrictions of the religion at that time. and the class struggles; land versus money. I liked Elizabeth, which is something I cannot say about Anthony, her brother. Always there is hope that all will be well but there is an all encompassing darkness to her story…

The Dragon Slayer is the story of Angharad ferch Owain, living during the fourteenth  century. Also told from the protagonist’s point of view we read of her fear of her father, of her future. This protagonist I liked the most. The ending is satisfying. I don’t know why I was surprised, but I was. As with the first two novellas, this tale is dark with themes of the women being mere chattels to be bargained with, used for the progression in society of their families.

I enjoyed the way the women were portrayed as having a strength and internal rebellion. But yet there was always the conflicts of status and money, of land and possessions, of greed and thwarted love. Of patriarchy.

In all three novellas, both the internal and spoken dialogue the author has the tone and subtle dialect that I imagine Rhyd y Groes in North Pembrokeshire to have been in those eras.

And, in all, the descriptions of the buildings, of Llys y Garn and of the ever-changing Welsh countryside are evocative and easily imagined.

Just a comment about the style of the book:

The intriguing Prelude, giving the history of the “rambling Victorian-Gothic mansion” that is Llys y Garn,  is fascinating.  And I loved the short explanations of the after-years of novella. And  then we have the Interludes; told in a conversational tone these are filled both with historical details and those pertinent to the story,. Finally, the Epilogue, giving the continuing, ever-evolving history of Llys y Garn through the following centuries.

It is apparent that the author has researched thoroughly for each of these stories; the themes of Welsh legends, myths, superstitions  and tales are woven throughout the history of the decades.

Watch out for the ravens

This is a collection of novellas I can thoroughly recommend to any reader, especially those who enjoys historical literature. 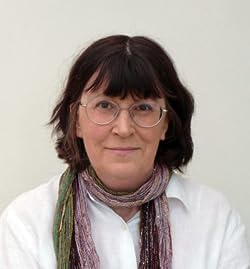 Thorne was born in Luton and graduated from Aberystwyth University (history) and from the Open University (Law). She set up a restaurant with her sister but now spends her time writing and making miniature furniture for collectors. She lives in Pembrokeshire, which forms a background for much of her writing, as does Luton. She writes psychological mysteries, or “domestic noir,” and her first novel, A Time For Silence, was published by Honno in 2012. Motherlove and The Unravelling followed, also published by Honno. She has also brought out a book of short stories, Moments of Consequence. Her last novel, Shadows, was published by Endeavour in 2017. She’s a member of the Crime Writers Association.

Praise for Thorne Moore and her novels:

“Thorne Moore is a huge talent. Her writing is intensely unsettling and memorable” – SALLY SPEDDING, AUTHOR

“I devoured this book. Beautifully written, frighteningly real” – CHILL WITH A BOOK

“A compelling blend of mystery and family drama with a gothic twist… The author’s ability to create an atmosphere is exceptional” – JUDITH BARROW, AUTHOR

“Beautifully told, this really did have me captivated” – CLEOPATRA LOVES BOOKS